Recent changes to healthcare have dictated equal and necessary changes to the product launch process. As the healthcare industry shifts towards patient-centered care, new standards have been placed on the way pharmaceutical companies should be presenting their research and products. Payers and patients are becoming more involved in the amount of information and quality of care provided, and pharmaceutical companies are beginning to feel it.

“Incorporating the patient experience not only advocates beneficial and streamlined health, but it also appeals to the payer, increasing the chance of payer reimbursement.” 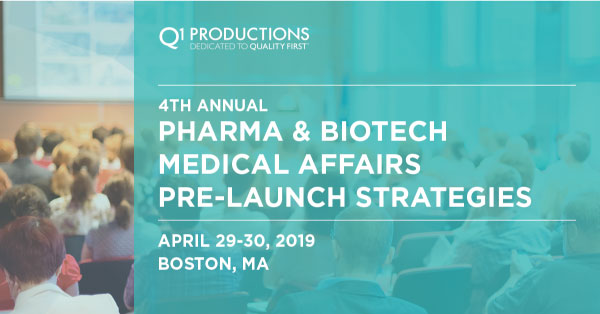 Now, Medical Science Liaisons (MSL) are needed more than ever to support the product where the pharmaceutical companies can’t –with physicians, or, Key Opinion Leaders (KOL). The increasing difficulty of a pharmaceutical company approaching a physician for endorsement, pre-launch, has led to companies relying on the relationship between Medical Affairs and MSLs.

Though the role of the MSL is nothing new, the recent boom in MSL positions is a sign that they’re rapidly becoming vital. In 2015, it was predicted that MSL positions would increase by 20% by 2017. This is a surge which begs the question: If the MSL has always been a key factor in the pre-launch process, then why the sudden boom? Simply put: KOL requests.

Physicians are adamant that MSLs are key players in their endorsement of a product. This is largely credited to the many channels the MSL is now tasked with representing. Not only does the KOL desire scientific support for the product, they want to know the real-world outcome or the patient’s experience. In this way, MSLs not only act as company liaisons and living scientific publications, but also patient advocates. Incorporating the patient experience not only advocates beneficial and streamlined health, but it also appeals to the payer, increasing the chance of payer reimbursement.

It’s no secret that early payer engagement and interest is vital in a product’s post-launch success. But just how important are the different representations? Robert Groebel of Veeva Systems explains, “An effective MSL strategy will look at segmenting MSL teams to address all key stakeholders that can affect a brand’s success. It will also need to ensure that MSLs are carefully aligned across all customer-facing teams and channels to help nurture existing KOL relationships and build new customers across markets.” MSLs are tasked with taking scientific exchange and not only delivering it for a KOL, but also filtering the scientific exchange and patient perspective into a narrative of quality, valuable care that is consistently bettering itself, requiring MSLs to have a scientific background and a current perspective of healthcare needs and desires.

The numbers don’t lie. KOLs are onboard with this multi-representation, and nowhere in the product launch process is this more important than pre-launch, “Positive positioning at the pre- and post-launch phase of a product is the top priority of medical science liaisons and is achieved through sustained interactions with [KOLs],” explains Jane Chin, PhD, of the MSL Institute. By gaining early endorsement, reimbursement, and positive thought leadership, pharmaceutical companies are laying the groundwork for extremely successful product launches – a true feat in such a competitive market. So, then, how can the MSL role be accurately defined? Somewhere between marketing, research & development, and representation, the MSL is finding their niche –and it’s only getting bigger.