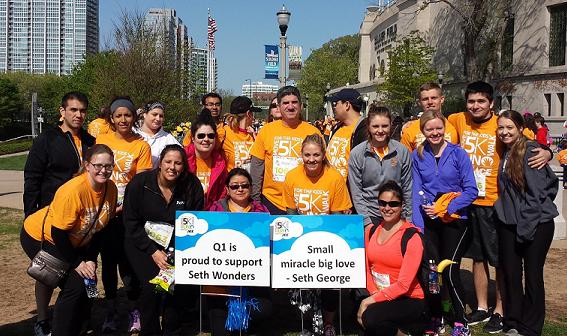 For the second year in a row, the Q1 Productions team participated in the Move for the Kids 5k Run/Walk on May 18, 2014, to support the patients and families at Ann & Robert H. Lurie Children’s Hospital of Chicago. Nearly two dozen Q1 Productions staff members took part in the race at Soldier Field.

This year, the Move for the Kids 5k had special meaning, as a child of a Q1 employee is currently being cared for at Lurie Children’s Hospital.  A sign honoring Seth Wonders was placed in the Heroes Garden at Soldier Field at the end of the race course. 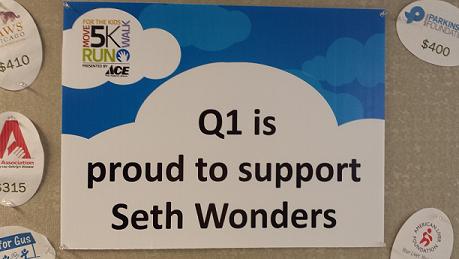 To see more photos of the Move for the Kids 5k Run/Walk, visit facebook.com/q1productions or follow us on Twitter at @Q1Productions.

TELCOR is the proven leader of health care software solutions for revenue cycle management (RCM) software and services designed specifically for laboratories. TELCOR RCM, our SaaS solution, and TELCOR Revenue Cycle Services, our billing service, are designed to streamline workflow, improve collections, and provide real-time analytics. Our software and service solutions are designed for the unique challenges and requirements of laboratory specialties and the clients they serve. With full access to data, labs have complete visibility of their data and can track key performance indicators. No other vendor works as hard ensuring you get paid for the work you do.