(Chicago, IL) – Q1 Productions, a leading corporate event production company based in Chicago, has signed on as a civic sponsor of the Ann & Robert H. Lurie’s Move for the Kids 5K Walk/Run on May 17 at Soldier Field. The event marks Q1 Productions’ third year participating in the race, after organizing teams in 2013 and 2014.

The Move for the Kids 5K Run/Walk  has raised more than $2.5 million in the past ten years, providing support to Ann & Robert H. Lurie Children’s Hospital’s areas of greatest need and ensures the best care is possible to patients. Funds from the event have supported the building of a new hospital, recruitment of top doctors, research advances, and transitional care from hospital to home.

Over the past two years, Q1 Productions has been an active supporter of the race, sponsoring a company team of runners and walkers. This year, the company has become a civic sponsor of the event.

“Q1 is extremely proud to support the Move for the Kids event,” said Paul Northover, Managing Director of Q1 Productions. “One of Q1’s own team has recently experienced the dedication of Laurie’s fantastic NICU staff, so we can appreciate firsthand the need to support any campaign focused on the best care for our kids.”

For more information on the Ann & Robert H. Laurie’s Move for the Kids 5K Run/Walk and Q1 Productions’ participation in the event, please visit http://foundation.luriechildrens.org/site/TR?fr_id=1560&pg=complist. 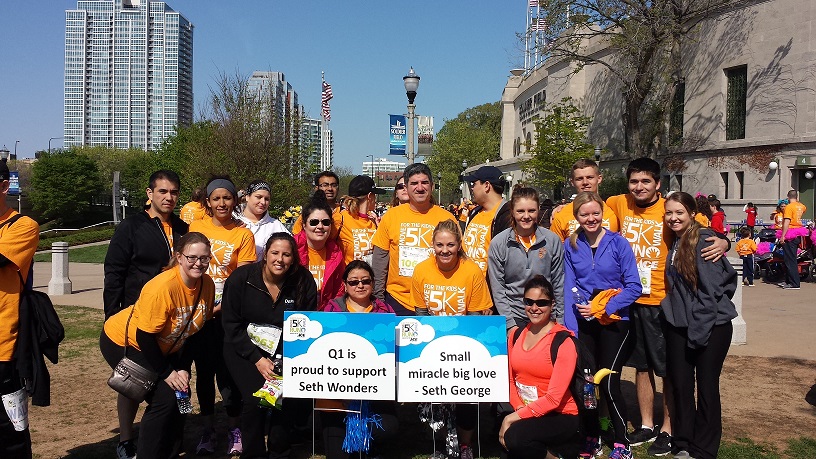