This article is Part Three of a series focusing on the buying and spending habits of millennials.

Last week, I spoke about Millennials and their bleak outlook of the 2016 economy – 46 percent believed it would worsen compared to this year. However, gas prices are historically low, and industry experts estimate the prices per gallon will drop below $2. It would seem that with this extra “income” millennials are saving fuel (which was nearly $4 a gallon two years ago) would have a more favorable outlook on the economy and more specifically, at away-from-home spending.

In our latest survey, 81% of millennials reported they are trying to spend less at restaurants. The methods they use to accomplish this include eating out less often, going to less expensive restaurants, ordering less expensive items, only going to restaurants offering “deals” and skipping extras – such as desserts or appetizers.

How are you trying to spend less money – or stretch it farther – at restaurants? 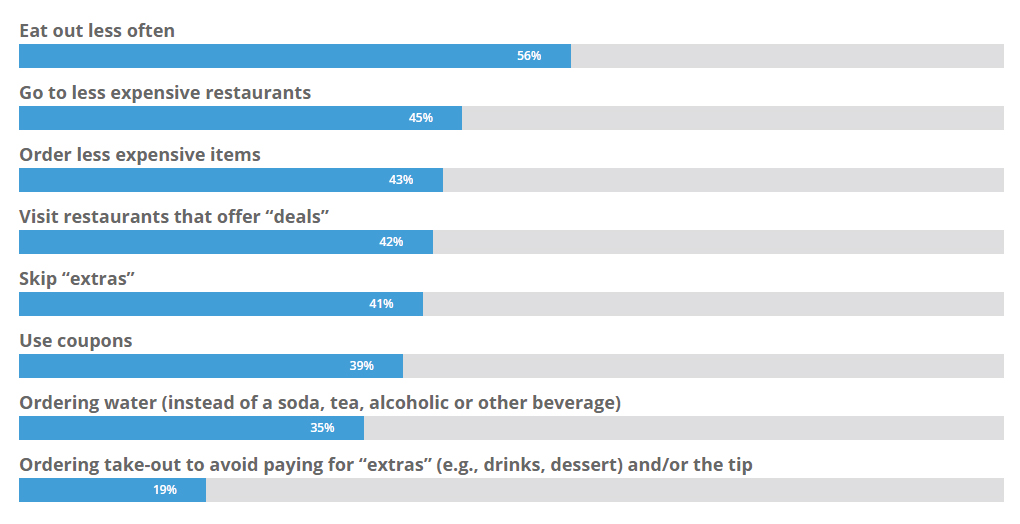 Of notable concern are certain restaurant segments – such as fast casual. While it represents a smaller percentage of overall quick service sales, its growth has far outpaced traditional “fast food” restaurants. However, if millennials plan to “trade down” or eat out less often, fast casual operators (not know for “deals” or low prices) may be at a cross road in 2016 with its most dependable user base.