As medical device companies are beginning to transition towards the EU Medical Device Regulation standards, there is no denying that Notified Bodies are also making strides to meet the May 2020 deadline. According to a recent article, the new regulations include “important improvements to modernize the current system, such as stricter pre-market requirements for higher risk devices, much more prescriptive and demanding criteria for designation and processes for oversight of Notified Bodies. They also refer to the inclusion of certain aesthetic devices, improved transparency, and reinforcement of rules on clinical evidence and strengthening of post-market surveillance as well as improved coordination mechanisms between EU countries in the fields of vigilance and market surveillance.” 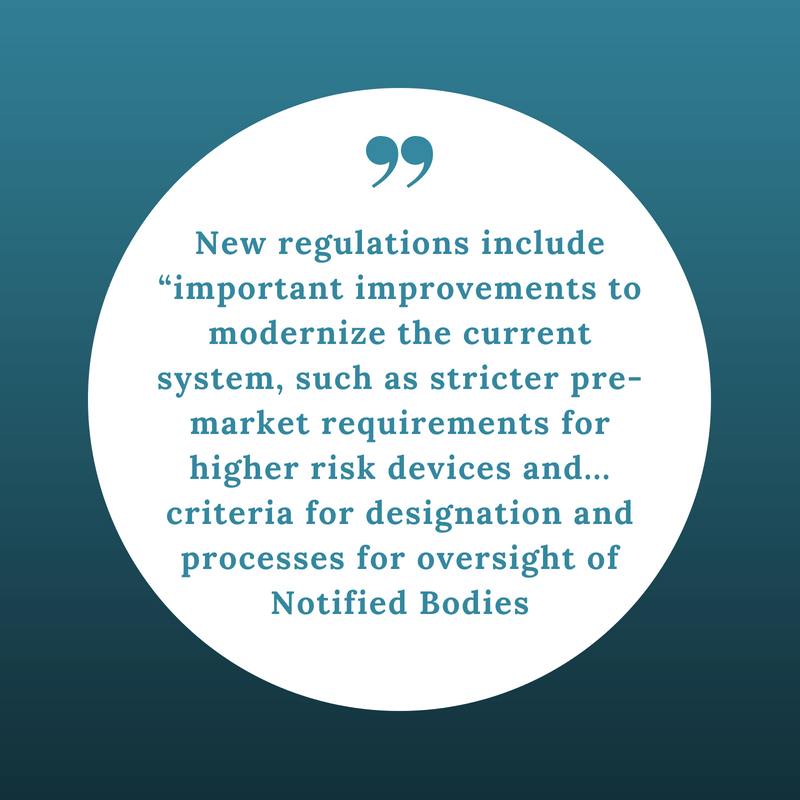 Because of the new standards that NBs will have to adapt to, there are also concerns that the number of Notified Bodies will continue to decrease.

“Before the publication of the regulations, there were over 83 Notified Bodies under the current MDD, yet as of October 2017 there are already significantly fewer (<52) and further reduction in Notified Bodies is expected as the designation process under the MDR proceeds.

As of the end of October 2017, there are 23 members of The European Association Medical Notified Bodies (TEAM NB) who have announced their intentions and timelines for applying for Notified Body designation under the new MDR and/or IVDR.”

While the pressure of increased employee training and more demanding regulations is certainly something for larger NBs to consider, there are also a number of smaller NBs that may not be able to keep up with demands of the MDR and IVDR.

Another aspect to consider is the pressure that NBs face when it comes to their workload. “The UK’s Medicines and Healthcare products Regulatory Agency (MHRA) has estimated that there may be more than half a million different devices currently CE marked under the directives that must transition to fully comply with the new regulations. This clearly has an impact on not only the workload of Notified Bodies, but also their capacity to complete all the necessary conformity assessments now required for compliance with the MDR.”

Because of the decreasing number of NBs, a certain kind of bottleneck is being created for medical device companies seeking approval and designation. “Even if a Notified Body decides it is ready to apply for designation under the new regulations in applications, it is estimated that no designations will be confirmed for a further six to nine months, pushing Notified Body MDR designations well into 2018 and further reducing the transition period available before May 2020.”

Join us for the 2nd Annual EU MDR Implementation Conference on July 12-13 in Alexandria, VA as we hear from TUV SUD America, Medtronic and more. We’re excited to dive deep into “Practical Case Studies: Unveiling Project Management Approaches to the Transition” and explore the questions, “what have we been doing, and what’s next?” Click here to reserve your spot today!