340B PROGRAM: THE DUPLICATE DISCOUNT PROHIBITION AND UPCOMING HRSA GUIDANCE

Participants that will find this webinar most beneficial will be those involved in pharmaceutical and biotechnology companies. Job titles of attendees that will be most applicable for this session will be: 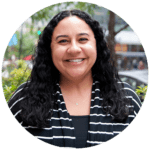