No One Really Knows What’s Happening Next

How Clinical Trials are Being Affected by Brexit

No One Really Knows What’s Happening Next

How Clinical Trials are Being Affected by Brexit

On June 23, 2016, the UK voted to withdraw from the European Union, raising many questions about the future of clinical trials. However, Brexit wasn’t the beginning of the conversation, and it certainly isn’t the end.

Before the vote, the “Leave Campaign” claimed that EU Clinical Trials Directive hindered innovation for Medical Devices in the UK. “Weaknesses in the 2001 Clinical Trials Directive significantly increased the administrative burden and cost of running academic clinical trials and saw a reduction in trials taking place in Europe.” Stated a report from The Commons Science and Technology Committee. Even with the new rules of the MDR being implemented, people believe the UK’s freedom from the regulations of the EU would advance innovation significantly.

Others argued the opposite, in a letter to The Times Royal Society fellows commented that Brexit would be a “disaster for UK science”. The main reasons being: “increased funding has greatly raised the level of European science as a whole and of the UK in particular” and “we now recruit many of our best researchers from continental Europe, including younger ones who have obtained EU grants and have chosen to move here with them.”

So what have we seen so far?

“The UK could explore how change can create an opportunity to innovate and create a differentiation strategy for the UK’s healthcare and Life Science ecosystems.” 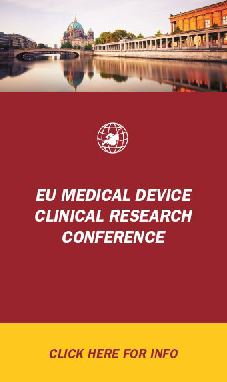 Investment and funding are main concerns for the industry. A recent report in the Financial Times claimed that Brexit could lose the UK up to £8.5 billion of EU funding. Over the years, the UK has been a popular destination for medical device clinical research, but without EU funding many projects are being put on hold with uncertainty for the future. Researchers are advocating for continued access to funding in the EU community. A peer-reviewed journal from Mary Ann Liebert, Inc., “Impact of BREXIT on UK Gene and Cell Therapy” stresses the importance of clarifying these uncertainties quickly “to avoid loss of momentum in a rapidly developing field.”

Funding isn’t the only concern highlighted in the article; continued collaboration is still a giant question mark for the medical device industry involved in trials taking place in the UK, or in multiple countries including Great Britain. The industry foresees many challenges in the years ahead in terms of compliance with potential new rules for clinical research in the UK, data sharing between member states as well as the status of UK-registered notified bodies.

While Brexit presents many challenges for the future of clinical trials in the UK, many people are looking at Brexit as a fresh start to inspire innovation. Some have claimed that the Clinical Trials Directive caused innovation to take a hit, drowning it in “bureaucratic obstacles”. The MDR being implemented in 2018 addresses those concerns, but to some this is the UK’s opportunity to make their own rules that focus on their relatively more liberal regulatory environment.

“The UK could explore how change can create an opportunity to innovate and create a differentiation strategy for the UK’s healthcare and LifeScience ecosystems.” Said Nathan Nagel (Managing Director, Sanyal Bio LLC, Managing Partner – Nagel and Partners Ltd.) “I am talking about taking a forced change and adapting it into a national competitive advantage.”

Clinical professionals in Europe are all waiting and watching to stay up to date with the most current news, rules and regulations. All we can know for sure is this isn’t the last time we will talk about the effect Brexit had on clinical trials.

While Brexit will certainly shape clinical trials compliance, planning and managing in the UK in a new way, it is important to take a realistic and pragmatic approach to the topic to ensure practical decisions can be made for existing and future studies involving Great Britain.

On January 23-24, clinical executives from across Europe will meet with Competent Authorities, Notified Bodies, and Legal Experts to tackle the challenges faced by medical device clinical executives conducting trials for medical products in Europe. Brexit will be one of many topics covered at the Annual European Medical Device Clinical Research Conference in Berlin. Other topics include MEDDEV 2.7.1 revision clarification and implementation, the impact of the MDR, and engagement of patient-centric strategies.

PRIA’s patient access portal, combined with intuitive attention to detail and flexibility, enables PRIA to control the chaos of the environment and design effective, custom solutions for each client’s needs. PRIA’s passion comes from their commitment to give time and good health back to patients in need. Because of this, PRIA is continuously looking for ways to accelerate the adoption and commercialization of the most advanced medical procedures and treatments.